Working on an Exalted game set about 20 years from current game time when creation has lost the eastern portion. I have only made ground work for a few concepts.

The party will be members of the one surviving mercenary company from Nexus. They are currently in the north trying to recuperate.

To summarize a few events that have taken place:

Nexus fell to the mechanization of The Visitor in the Hall of Obsidian Mirrors who unleashed the yozi Adorjan into the city slaughtering the population and resulting in widespread chaos and desolation in the surrounding areas. It is now known as Shadow’s Hold and no one goes there as the wind still searches for flesh to feast on. During the unleashing of the wind the city was surrounded by the armies of Walker in Darkness. The company was made famous that day by carving their way out of the city to defend the highest bidder.

The act of so many deaths the Neverborn, Father of Murders has escaped the underworld and his stronghold lies in what was Denandsor renamed Wails of Strife. Due to his influence, the east has become a shadowland except for Lookshy

After the fall of Nexus Walker’s armies went west and has laid siege to Lookshy for the last twenty years. And the city has been harried without any allies.

The realm has withdrew itself attempting to keep the Blessed Isle safe from the chaos.

The south’s borders are beset by an invasion from the wyld slowly encroaching into creation.

To the north, a poor soul wittingly or unwittingly unleashed Vordak in Gethamane and the creature has been sending it’s undead hordes out to bring him back more troops.

The west has experienced unrelenting weather that has near crippled sea travel.

I am still working out the whole history and logistics of the game and settings. The game’s stories and flow will be based around wheel of time, black company, and mistborn references.

Creature type: Any within reason
Exaltation: Any within reason, though Abyssals and Infernals would be a hard sell and possibly have extra hardships
Artifacts: Little to none available as the world has been scourged of anything but soul steel
Creation Points: 50 points – you are veterans in an elite impossible free company of troops
Age Limits: None though within the normal life cycle of the being
Essence Limit: 4
Backgrounds: Do not worry about backing or influence in the company it will be determined by your back story and contribution to the company. Resource cap of 3, you are a sell sword – sorry

Merits and Flaws are accepted, this is a good reference

Groups motivation and reason for working together; you are bound to this group of mercenaries for better or worse for the rest of your life. The group has been assigned to work together.

Game-style: Sandbox with metaplot tied in – Characters will mostly decide where the company goes and which contracts to make or break.

System: Exalted 2nd edition (though I will be fudging some rules to make sense or work in the game.)

The books I have currently are Exalted core, Lunars, Sidereals, Dragon Blooded, Absyssals, and Fair Folk

XP Chart used for the game: 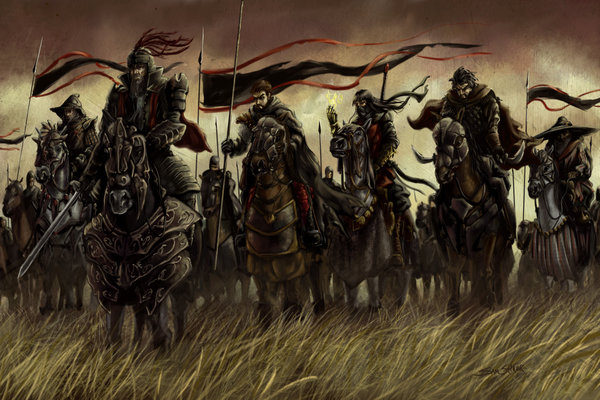 Stories of War and Strife Comments

So did the Scarlet Empress disappear and return in your timeline or has she just stuck around?

I'm sorry, but we no longer support this web browser. Please upgrade your browser or install Chrome or Firefox to enjoy the full functionality of this site.